British writer Horace Walpole coined the word ‘serendipity’ in the 18th century after reading a fairytale about three princes who were “always making discoveries, by accident and sagacity, of things they were not in quest of”.

The origin story of the partnership forged last month between UK firm Newable and US flexible workspace operator Serendipity Labs, which plans to make its UK debut this year, is worthy of Walpole’s definition.

In 2001, John Arenas was head of Regus’s franchising operations in the US. During one of his regular trips to the UK, he met Brett Million, who was in charge of growing the Regus brand globally. They worked on several projects together, but both left the business a few years later.

Fast-forward 18 years and Million – then working for Newable as a strategic partnership director – decided to call Arenas, who he had not spoken to for years, to find out what he was doing.

“It was serendipity,” says Arenas, who founded Serendipity Labs in 2011. “What can I say? Relationships last a long time if you stay in the same industry.”

The resulting partnership will see the US brand make its UK debut this year with a proposition that Arenas believes is unlike any other flexible workspace brand either here or in the US.

When Serendipity Labs opened its first location, in New York, in 2013, the only co-working space that existed followed a “creative techie, bro” model, recalls Arenas.

He and his team wanted to do something different. They wanted to create bespoke, inspirational space offering state-of-the-art technology.

“We wanted to be an upscale lifestyle brand that served knowledge workers as an extension of the corporate workplace,” he says.

Seven years later, the business had established a presence in almost every major city in the US, with 40 operating centres and a goal of having 200 to 300 locations in the next three to five years. It has also signed licensing deals in the suburbs and secondary markets.

Arenas says the rationale behind expanding into these smaller markets is that they are the places where occupiers “really need to optimise their real estate portfolios, get out of long-term leases and serve their workplace requirements in a more flexible way”.

The best way to do that is through a co-working or flex provider, rather than doing it themselves, he argues. 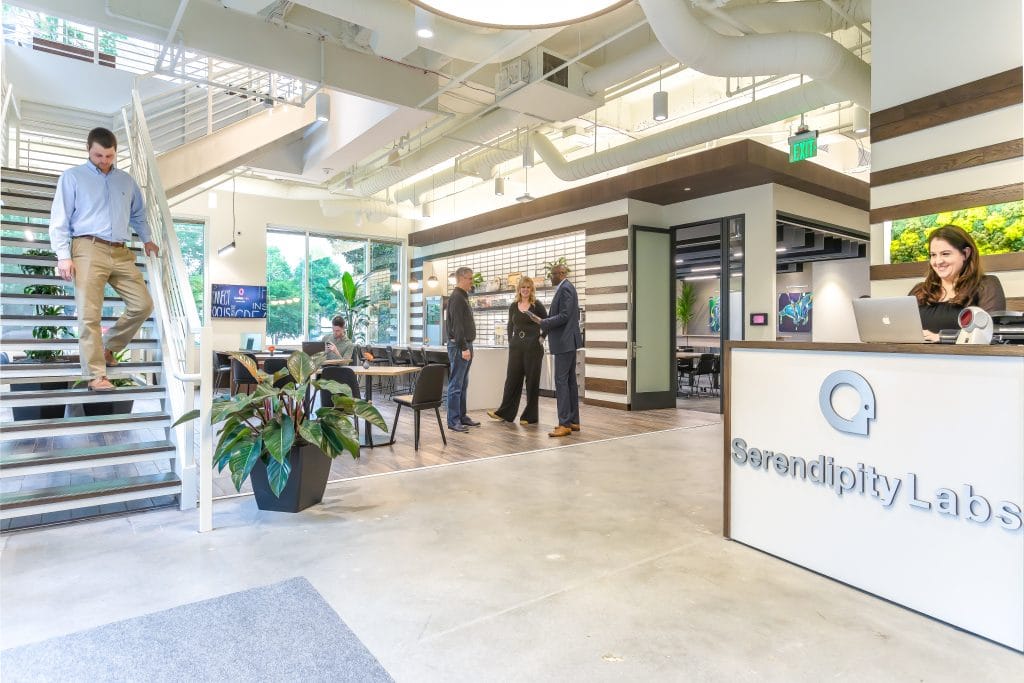 In those secondary locations, Serendipity Labs is now competing against the old Regus suites Arenas had opened in the 1990s and early 2000s, but it has an important advantage over his alma mater, contends Arenas.

“Our product is the next generation of offer,” he says, adding that Serendipity Labs’ wide customer base is another factor that differentiates it from, say, Regus or TOG – it is targeting both small to medium-sized enterprises (SMEs) and large, corporate clients.

Serendipity Labs counts major companies such as Amazon, Microsoft, Netflix and Verizon as tenants. Indeed, household names represent around half of its customers, claims Arenas. The rest are SMEs with fewer than 100 employees (30%). “SMEs are very cost conscious and the traditional operators will be there forever. So we need to be competitive.”

He adds that while the design of its centres is important, “we don’t just sell some pretty space”.

“You must have inspirational design, but it doesn’t differentiate you,” says Arenas. “Network does, when you’re talking to customers.” 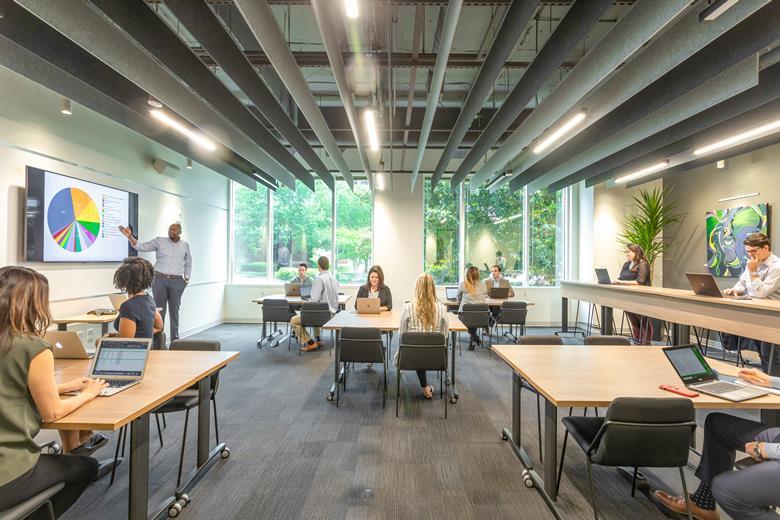 Trust is also key. “Trust comes from many dimensions: that your technology infrastructure is secure, that your business prospects are compliant with corporate standards and that your workplace policies are safe and sound.”

Gaining the trust of UK businesses is going to be important if the partnership’s new venture is going to gain traction on British soil.

Given the well-documented recent woes of a number of flexible workspace operators, notably WeWork, it seems a strange time to enter such a competitive, mature market. But that is exactly why Arenas is confident his offer will work.

“It’s the home of serviced offices,” he says. “You have the most educated corporate occupier base in the world, they know the product and they are high adopters. So there’s an opportunity if you have a better brand and a better business.”

Initially, over the next five years, the partnership is looking to establish a presence in 25 locations across the country, chiefly in big cities such as London, Birmingham and Manchester. “You have got to be there,” says Arenas.

However, the partnership is also looking at another 50 or 60 smaller towns and cities, potentially where Newable’s Citibase flexible workspace brand is already present. “Maybe we can open across the street from a Citibase,” Arenas says. “The two brands are different enough that it shouldn’t matter.”

Having already survived three market downturns, he is not worried by the prospect of a recession kicking in any time soon.

Indeed, he thinks a distressed period would create opportunities both on the landlord side, with more space coming to market for the partnership to snap up, and on the tenant side, as potentially more occupiers look for space.

“[A recession] causes the need for companies to restructure, seeking more flexibility, not renewing conventional leases, and it flows our way again,” he explains. 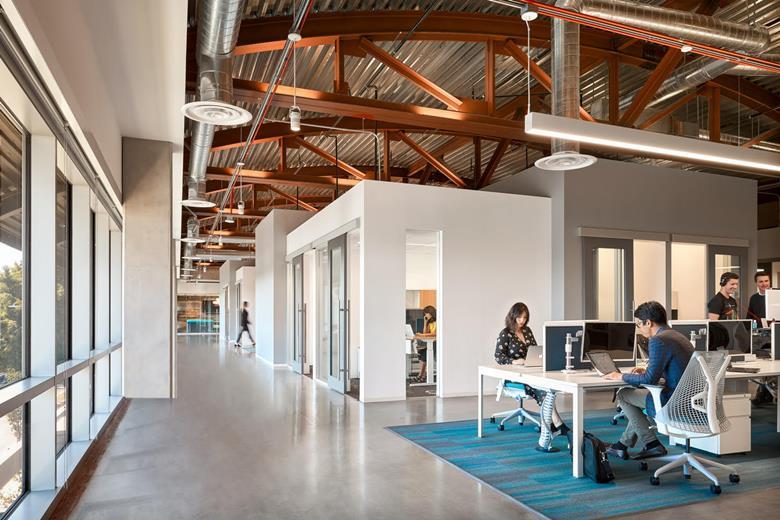 “Twenty years ago, we used to say ‘some day people will want to buy these workstations; we wouldn’t have to sell them’,” he says. “We were ahead of the market. What’s happened in the past couple of years is that others have done the math and said ‘there’s room for me too’.”

These “enthusiastic amateurs”, as Arenas calls them, are the ones most likely to get hurt if times get tough. “People call it consolidation, which almost sounds like it’s an intentional business strategy, but it’s more an evaporation,” he says.

“Some of those smaller operators simply won’t be able to compete with the most sophisticated brands. It’s a hard business. You have to pay attention to details, watch cost and mitigate risk.”

Having a mature network of locations also offers a safety net against market turbulence. Arenas cites the experience of Regus following the 2008 recession.

“In the worst financial crisis since the Great Depression, Regus was growing,” he says. “Because it was very profitable and had cashflow, it was buying locations. It was growing 200 locations a year. If you’re in a good position, you can take this as an opportunity.”

Over the next six months, with Million’s help, Arenas hopes to open the first of many Serendipity Labs in the UK.

Not bad given that it was all down to one serendipitous phone call.